How does the change of seasons affect insects?

This is so obvious with a lot of insects, as you will find that insects multiply in a specific season only.

Today, we are going to give you a rang

e of various tips to encounter insects in different seasons and temperatures, along with information about insects’ behavior at different temperatures.

Tips to encounter insects in winter:

Like the student who prepares for his exam early, it is important to prepare to encounter insects of summer and spring since the beginning of winter.

According to Illinois university, insects are considered cold-blooded creatures, which means that their body temperatures and their activity depends on the temperature of their surroundings.

Most of the summer insects can not live below 10 degrees Celsius, but they do not die completely, they become inactive only and do not reach death except in cases of temperatures drop below zero and reach the freezing point.

For example, Japanese Beetles and most types of Beetles can bury themselves in the dirt up to10 inches underground, temperatures, in this case, will not affect them much. 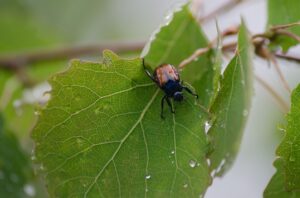 al, which means that the number of new insects to breed will be fewer than those in summer and spring.

return as the temperatures improve.

Unfortunately, cockroaches and spiders are active in winter and they do their work perfectly, so it is important to try to eliminate and encounter them in winter.

You can sterilize your home against insects at shorter intervals in the winter season to get rid of inactive eggs that have not hatched yet.

It is difficult to use liquid insecticides in the winter season, so it is best to use sprayable insecticides that do not hang for long periods in the air.

Therefore, it is important to use insecticides on stagnant water pools and various water bodies, so that we can eliminate mosquitoes and insects that may lay eggs in these waters.

How are insects affected by moderate temperatures?

insects become active when temperatures turn moderate slightly, so it is logical and expected to see an increase in insects population at the beginning of the warmer seasons.

Also, all unhatched and inactive eggs in winter, start to be active with moderate temperatures, and this is another reason why insects breed in summer and spring.

What we have said above does not mean at all that insects are going to eat our planet in summer and spring, with moderate temperatures their natural enemies start to increase and spread as well, and this means the higher activity of birds and insectivorous animals,

Moreover, at the beginning of spring, there are more plants that insects can feed on, so it is reasonable that insects increase at these intervals because they find what they can feed on.

Therefore, it is important to start with moderate temperatures to encounter insects, especially in the spring season.

How can you encounter insects in hot seasons?

We are not going to talk here about moderate temperatures, this does not require special features to encounter insects, and we have discussed so many ways of insect control in general.

Today, we are going to talk about extreme temperatures that reach 40 degrees Celsius and higher, especially these are the temperatures in our region.

First, we must agree that you can not use liquid insecticides in high temperatures, especially in gardens and open areas that are exposed to the sun and direct heat.

The evaporation resulted from these substances -which rapidly evaporate- is not good and harmful to both plants and humans alike.

These liquid substances are not designed to be inhaled, but to be absorbed by soil and insects alike.

In general, it is recommended to read the pamphlet about the insecticide that you intend to use to know the right temperatures for it, or you can easily contact our company, as we know all this information.

It is also a mistake to use insecticides in general with strong winds, any insecticide you will use, whether liquid or gas, will not be useful at such times.

It is important to know the insects that increase in a specific season and the places where they breed to be able to eliminate them.

Encountering insects and their inactive eggs in winter will be much less expensive than encountering them during the summer season and their activity seasons.

Encountering them in winter will protect you from the disturbance of active insects.

We can recommend you to use insecticides at intervals before the beginning of the spring season or summer to save yourself the trouble of encountering the army of insects while they are active in these seasons.